This is a big joy, can be described as hope. In the previous consumer survey, we found that nearly 60% of the people think that Zhao Liying is the most suitable spokesman for the brand of romantic spring. Because of its sweet looks, fashionable youth, hard work and inspiring career, Spring brand temperament and development status quo. 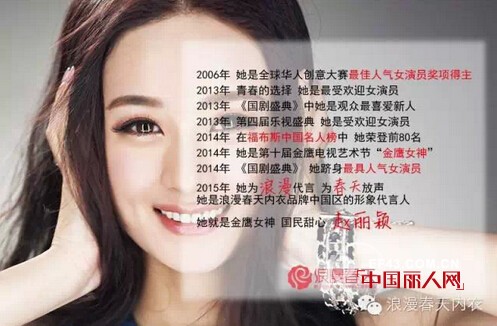 Zhao Liying - she is Variety Elves, interpretation of the achievements of many classic; she is the goddess of the Golden Eagle, and strive to pay de facto; she is the national sweetheart for the romantic spring brand vitality endorsement!

In retrospect of Zhao Liying's fame, she shows her audiences a vivid image of a lively film and television actress. Her performance has made many film and television dramas popular among the public. You know she participated in which ratings burst popularity of television works? Which one of the most beautiful she moved you? 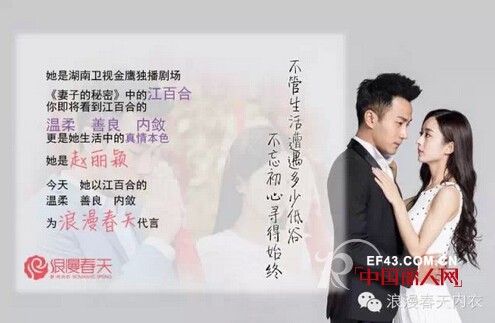 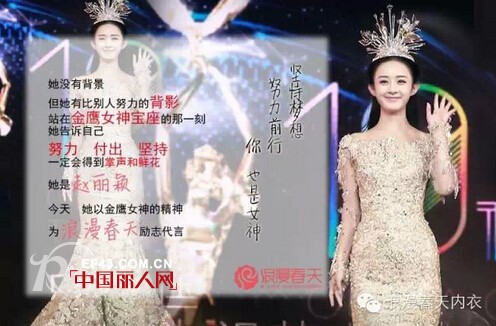 This is the spring of Zhao goddess, sweet, fashion, vitality, youth

She often interprets a character, will attract a wave of all ages, "Ying fire insects" to join

Every character has fans who show a different Zhao Liying

Her attendance and dedication are reflected in every public appearance

She has no background, some are sweat hard back

This is similar to the growth of romantic spring

In fact, the play outside

Can be seen from the various findings

Not her, but also who?