Skip to content
In July 2010, Balabala Childrenâ€™s Wear, the leading brand of Chinaâ€™s childrenâ€™s wear, launched a new image store of the fifth generation nationwide. It is expected that by the end of this year, there will be as many as 90 new image stores. 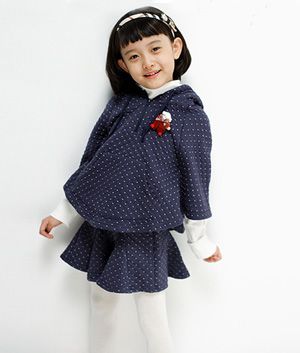 In July 2010, Balabala Childrenâ€™s Wear, the leading brand of Chinaâ€™s childrenâ€™s wear, launched a new image store of the fifth generation nationwide. It is expected that by the end of this year, there will be as many as 90 new image stores. It is not uncommon for childrenâ€™s clothing companies to upgrade store images. However, this time Barabara's new image store replacement is far more than a function of upgrading the store's image. It also represents the development trend of the children's wear industry to some extent.

Entering the new image store of Balabala, the theme elements of â€œPlaying differentlyâ€ can be seen everywhere. Children can follow the various forms of cartoon characters around Amusement Park, can be in the "books bar", "painting room", the game machine to give full play to their hands-on ability ... ... the layout of the entire shop playing cards. Relevant person in charge of Balabala said that the arrangement of the shop's play is not a momentary whim and blind movement, but the embodiment of the concept of â€œplaying out not the sameâ€ and â€œmaximizing the enlargement of the childâ€™s natureâ€.

Parentsâ€™ expectations of their children are increasing. Children learn the same skills, receive the same ideas, and cultivate the same personality. Children are shaped in the same way. Therefore, the voice of releasing children's nature is getting louder and louder. The concept of â€œplaying out not the sameâ€ advocates that children discover different things in their playing, and let their children grow up in play is a practical manifestation of the requirement to release childrenâ€™s nature.

Thousands of children's clothing stores display the same products. One of the important factors that determine which stores a consumer steps into is the shopping experience. "Special" and "convenient" shopping experience can win in the market competition.

In contrast, most of the children's wear shops on the market today are still about 60 square meters in size, and they have a lot of space to use.

Limited product categories... Moms need to purchase supplies for their children and must lose patience and interest in running between different shops, and children are also trying to wear clothes repeatedly. Therefore, convenient "one-stop shopping" is imperative.

Barabara's new image shop is striving to create a "one-stop" shopping platform: 300, 400 square meters of shops provide space for the full introduction of apparel, shoes, accessories and other categories. A full range of shops allows mothers to buy items for their children at one time, liberating them from the hard work of purchasing.

Currently, international brands such as Kenzo, HM, and Zara have gradually entered the Chinese children's wear market. With the maturity of the market and the deep expansion of international brands, the convenience of â€œone-stopâ€ shopping for these brands will occupy a huge market advantage. The establishment of a â€œone-stopâ€ shopping platform by domestic childrenâ€™s clothing enterprises will become another trend in the childrenâ€™s clothing industry.

In the era of public relations, it is of utmost importance to send out strong corporate voices. It is not difficult for us to see news reports from the adult outfit industry, electrical appliance industry, furniture industry, chemical industry and other industries, but we rarely see children's wear enterprises.

The opening of the new store, Balabala developed a detailed public relations communication plan, from the advance of advertising, to the professional website to launch online and offline activities, and then to invite the national well-known media on-site coverage of the interview ... focus on public relations to spread to Balabla brings Big gains: Advertisements, news, and events related to opening a new store can be seen everywhere on the Internet, television, radio, and newspapers. People's Daily Online, Sina.com, NetEase.com, HC Clothes Online, China Fashion Brands Network, "Jinghua Times", "Qilu Evening News", "Wenzhou City Daily", CCTV Children's Channel, Zhejiang Children's Channel, Jiangsu Children's Channel, Central People's Radio... ... The full coverage of the media has added momentum to the opening of the new image store, which has also attracted the attention of the whole industry and consumers.

The event of the opening of a new image shop in the fifth generation of Balabala reflects the development trend of the children's wear industry. This has many inspirations and lessons for many children's clothing companies.