The strong emotional factors of bronze art are mainly from the decorative patterns that are unique to the Shang and Zhou dynasties. The patterns of our common bronzes are mainly: crepe, dragon, dragon (crawling dragon, dragon, double dragon), dragon, snake, python, locust, bird Bronze patterns such as lines, phoenixes and ripples. 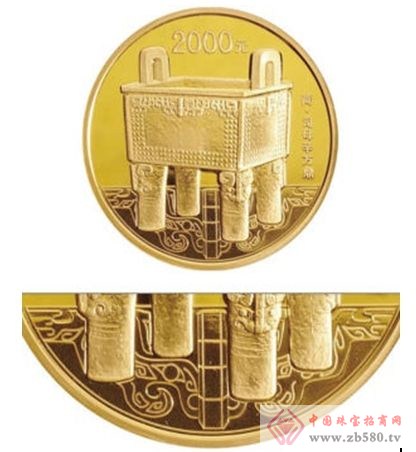 Last year, the first group of Chinese bronzes issued by the Peopleâ€™s Bank of China, the first set of gold and silver coins, appeared on the face of the animal face and the breast streaks. In the bronzes and 2 sets of gold and silver coins issued in May this year, except for the animal face we saw in the bronze group 1 Outside the pattern, there are also phoenix bird patterns. So what are the characteristics of these bronze patterns? What is the meaning?

The animal face on the bronze wares of the Shang Dynasty can be traced back to the era of the ancient times, and more than one kind of culture has its signs. The same is not a coincidence, but a new face of integration and development of various cultures. . The animal face is called the é¥•é¤® pattern, which is the name of the legendary gluttony beast. The ancients think that this beast has the horror of being the first person. In fact, this kind of ornament is the head of the animal in various animals or fantasy. . The main decorative object of the animal face is Ding. In addition to being a utility, Bronze Ding has an important use, which is used as a ritual device.

The characteristics of the animal face pattern are that the nose bridge is the middle line, the front shape is prominent, and the two sides are symmetrically arranged. The first end of the upper end is the corner, the corner is the eye, the specific animal face pattern has the eyebrow on the eye, and the eye side has Ears, most of which have claws, have left and right body or tails on either side, and a few simple forms have no body and tail. It can be said that all the animal face patterns are basically shaped according to this mode, but in terms of performance methods and techniques, they vary with the development of the times.

Most of the animal face patterns are decorated with exaggerated animal faces and simple lines. It is believed that this is closely related to the religious beliefs and social patriarchal systems of the time. This is also the main basis for studying the social, economic and religious aspects of ancient China.

The earliest appearance on the bronze was the deformed bird pattern of the Erligang period. Bird patterns have been used as the main ornament during the Yinxu period. Bird prints appeared in the early Western Zhou Dynasty until the Spring and Autumn Period. The Shang Dynasty has many short tails, and the Western Zhou Dynasty has many long tails and high crowns. The bird pattern includes phoenix, crepe, crepe and geese arranged in groups.

The patterns appearing in Chinese bronzes are the essence of cultural intertwined. In the bronze series of gold and silver coins issued in the future, we will also appreciate a variety of beautiful patterns and feel the charm of Chinese bronze culture.