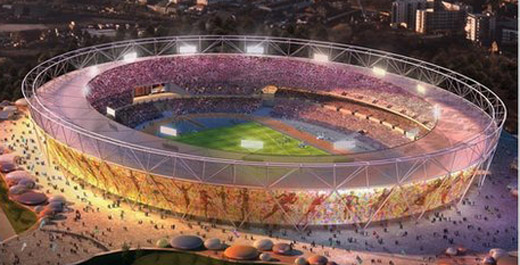 How Olympic resources are allocated will have a profound impact on all advertising marketing decisions. Once the battlefield was on television, newspapers, and magazines, but under the current situation of all-round development of social media, when online video, Weibo, and SNS sites gradually occupied most of the lives of consumers, the Olympic Games once every four years. How will the show be presented? This era of multi-media development will make the brand war where the smoke rises?

The curtain of the London 2012 Olympic Games was gradually opened. The modern Olympic Games is not just a sports event but a perfect combination of marketing and marketing to become a showcase for brands around the world. In the 1984 Los Angeles Olympics, the business world's Wizards Peter Ubellos creatively integrated the Olympics and commerce, and made it the "first money-making Olympic Games." Since then, the Olympic economy has become the focus of public attention.

How Olympic resources are allocated will have a profound impact on all advertising marketing decisions. Once the battlefield was on television, newspapers, and magazines, but under the current situation of all-round development of social media, when online video, Weibo, and SNS sites gradually occupied most of the lives of consumers, the Olympic Games once every four years. How will the show be presented? This era of multi-media development will make the brand war where the smoke rises?

Whether it is a sponsor or a partner of the London Olympics, it has already rang the clarion call for Olympic marketing. British BP oil company as the host, near the water floor platform to become the TOP partner of the London Olympics, they also sponsored the United States team of nine disabled athletes to improve the brand impression of the Americans in the minds of the Gulf of Mexico after the oil spill. Unprecedented McDonald's will open the restaurant in the Olympic Stadium, and will open some of the UK and Irish farms for consumers and the media to visit; BMW will provide about 4,000 cars for the London Olympic Games; Coca-Cola launched a multimedia marketing campaign â€œThe Light of the Future â€, to promote its sponsorship of the 2012 Olympic torch relay in London; adidas is full of gunpowder, riveting its efforts to surpass its top competitor Nike in the UKâ€™s market share...

Those businessmen who can't afford to sponsor and can't be partners, are struggling to find ways to find opportunities and the Olympic Games, and want to take advantage of the Olympic shareholders to burn themselves again. Many businesses and even advertising companies often draw lessons from their previous experience in formulating marketing plans for the Olympic Games. But what we should also try to figure out is that compared to four years ago, what changes have taken place in our communication media and audience viewing habits? These are the places that are truly important and can create new opportunities.

Just as "the football is round," the exciting place of the Olympic Games is also the birth of countless dark horses each time. For enterprises, "buying a dark horse" is like a big prize. It needs not only a lot of luck but also scientific data analysis. Before Liu Xiang became the world champion, Coca-Cola tracked Liu Xiang's performance for two years and signed the unnamed Chinese â€œflyerâ€ early. At the time of the Beijing Olympics finals, all the peopleâ€™s hopes fell on Liu Xiangâ€™s feet. Liu Xiangâ€™s retirement made all sponsors unprepared and Nikeâ€™s early warning of an ominous sign appeared in the advertisement of Liu Xiangâ€™s second day of competition. Liu Xiang's melancholy face, slogan: love sports, even if it will hurt your heart.

I remember that when the 2008 Beijing Olympics was held, Twitter had just started soon. The iPhone has not yet officially entered China, the iPad has not yet been born, domestic microblogs do not exist yet, and 3G licenses have not yet been issued. The only thing that makes viewers look after online video is all about. The Olympics report. Now in 2012, when mobile terminals take up more time for people to use the Internet, â€œlittle to eat firstâ€ and online video are overwhelming...waiting for the brand will be more marketing opportunities and space for brand advantage.

As we all know, during the 2008 Olympic Games, the International Olympic Committee stipulated that athletes must not upload photos taken in the stadium to the Internet. During the 2010 Vancouver Winter Olympics, athletes were simply prohibited from using microblogs. But now, Andrew Michel, the IOC's media relations manager, directly stated that the involvement of social networks allows ordinary viewers to learn the most interesting and real stories through the Internet.

It can be seen that social media such as Weibo and online video will play a decisive role in the 2012 Olympic Games. Most consumers nowadays want to live and entertain themselves. Although TV is a major device for Internet users to pay attention to the use of the Olympic Games, a large proportion of consumers will pay attention to Olympic Games information through wireless devices such as mobile phones and iPads.

The Olympic Games completely abandoned advertising, unlike the World Cup football games are full of colorful billboards. There is nothing to be done on the field, but the television media has become the place where advertisers wrestle: press card tags, host costumes, microphones... Just like F1 cars, as long as they can be exposed on television, every palm is a gold layout. .

Olympiad is one of the best-run brands in history. It attaches great importance to protecting the rights and interests of sponsors, has strict brand management, and is wary of covert marketing. However, a hundred smart, smart advertisers do everything possible to wipe the ball. As long as you find a combination of your brand and the Olympic spirit, Olympic marketing can be everywhere.

In 1984, Fuji spent a great deal of money to become an Olympic sponsor, and its competitor Kodak became a sponsor of ABC TV network. Because of the sponsorship of the television network, Kodak has the right to continuously spread Kodak's brand identity during the Olympics. Without paying extra sponsorship fees, Kodak successfully defended its market at the Olympic Games held in the United States.

In the 2008 Beijing Olympics, Li Ning ran as the main torchbearer in mid-air to ignite the torch of the opening ceremony. Li Ning was Adidas's most powerful competitor. Prior to this, Asdas, as the TOP sponsor of the Beijing Olympics, did not get a bit of a blow. After the Olympic Games ended, Adidas's Olympic marketing executives rolled away. In 2008 Beijing Olympic Games also had three beer sponsors: Budweiser, Tsingtao Beer and Yanjing, but the advertisement of Snow Beer in CCTV was "a formal partner for sports enthusiasts", and there was a lot of excitement between them.

2012 is a year to look forward to. Although the time difference is 8 hours, you can imagine the Chinese audience watching, commenting on and participating in the London Olympics. It must be the â€œfive screensâ€ spectacular image of mobile phones, tablets, computers, TVs, and LEDs. . Through the Internet, the brand â€œSpend a little money and do big thingsâ€ is flying around. No matter how large your company is, and whether or not you have a lot of money, as long as you plan carefully, you can get a slice of Olympic marketing.